We apply multidisciplinary domain knowledge in such sectors as military Aerospace & Defense, military land systems, defense electronics, and space. We have decades of experience in helping the industry achieve clarity so clients can realize their goals even in these fiscally preventative times. 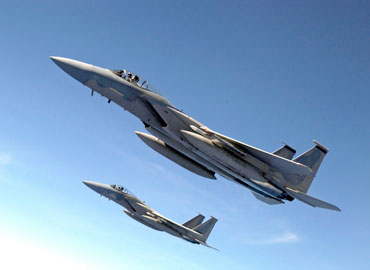 After much speculation, the 2011 defense budget was finally approved by the US Congress. The base budget approved was $513 billion with another $157.8 billion approved as supplementary defense spending mainly to fund the wars in Iraq and Afghanistan.

This defense spending is the major source of revenue for the top nine global aerospace companies. However, the U.S. defense department is planning to trim its defense expenditure by cutting down investments on defense programs, which are not absolutely essential.

The U.S. defense budget for 2012 was $645.7 billion, with the base budget at $530.6 billion and $115.1 billion approved for Overseas Contingency Operations (“OCO”) as supplementary defense spending, mainly to fund ongoing wars. In February this year, the Department of Defense (“DoD”) requested a Pentagon base budget of $525.4 billion for 2013, which is approximately $5.1 billion or 1% less than what is approved for fiscal year 2012, with $88.5 billion earmarked for OCO spending.

The general trend is approving an amount less than requested. However, here the government has outstripped OCO spending more than requested. In this case, the money has been transferred from one bill to the other in order to keep the base budget within the budget law’s spending limits.

Since the September 2001 WTC and Pentagon attacks, the U.S. government has spent significant amounts on military campaigns overseas. The country has already decided to gradually move out of Afghanistan, and the war in Iraq has finally ended, which is expected to lower its expenditure on foreign campaigns.